Ten years after Henri Cartier-Bresson’s death, how can we show his work, that nation-wide photographical masterpiece ? The Centre Pompidou, which introduces the first French retrospective of the artist since his death in 2004, initially wanted to end the myth that goes along with the inventor of the famous “decisive moment”. A myth that shut numbers of his followers in a dogma: the black border around the photos, the Leica camera, the black and white report, the geometry, the absence of cropping…
In France, Henri Cartier-Bresson came to symbolize the “Magnum style”, after the name of the agency he created in 1947. Yet, “there was not just one Cartier-Bresson but several”, states Clément Chéroux, photography curator at the Center and curator of the exhibition. “He is a complex person who made contradictory choices. We have to give him back that complexity.”
It is therefore a “historian”, chronological and plethoric exhibition which offers to the visitor: “500 documents including 350 prints which review the whole work, with its multiple facets and its evolutions. In his miracles, but also in his absences. 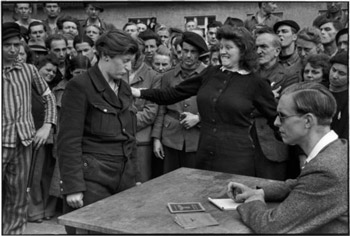 La Pelouse is a dynamic association resulting from the willpower of 4 engineering and cultural mediation students of ICART, who wanted to promote young artists by organizing cultural events. Its members are interested in all the forms of artistic expression, with a predilection for urban works that give a place to nature or vegetal. Their interest goes on green spaces both as a place and aloso as an artistic object. The association organizes parties in the capital in order to facilitate artists and public’s meeting. Indeed, it seems essential to encourage the artistic creation, but also to make it accessible to the greatest number. We therefore attach a great importance to cultural mediation that makes easier this artistic but also human meeting, strong and so rewarding ! On Wednesday, January 22, 2014, from 19pm, La Pelouse will organize in the friendly atmosphere of a Parisian bar – le Café de la Place Verte – a multidisciplinary party during which will be exhibited vegetal art works made by young artists with promising talent. That evening, called Jardins Divers, will present different views of the nature in urban areas. Following a call for applications to artists (contacts with schools of architecture, photography, applied arts…), many artists expressed their wish to work with our association. Indeed, the theme of nature is a common thread that all these different artists have already dealt with, or chosen to handle especially for the evening Jardins Divers. The event organized in Paris is the opportunity for a young, student and urban public to gather around present issues that directly affect them; indeed, since a few years, Paris city hall decided to make the city’s biodiversity one of its priorities. The event’s multidisciplinarity enables the participants to become aware of the impact of these issues in various sectors and through different means of expression (3D structure, photo…). By choosing a theme close to public and daily life, the evening promises to reach a large audience; without being abstruse, this exhibition will put forward arts and issues that particularly affect the urban youth. This evening is linked with other events or happenings more and more common in France. We can quote the Guerilla Gardening, or the street art works, green or vegetable, which are rapidly expanding. 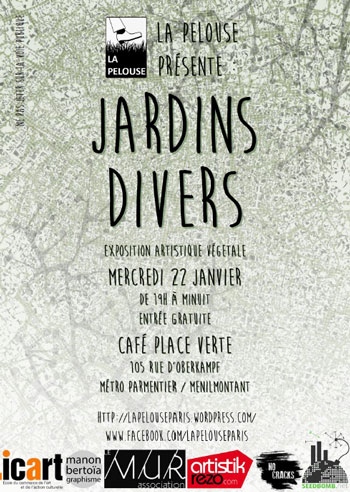 The comedienne Julie Gayet will not go to the Villa Médicis

Approached by Eric de Chassey, director of the Villa Médicis, to figure in the selection board of the residents 2014, announced by email as figurant, and then, replaced by the Ministry of Cultural Affairs, the comedienne Julie Gayet will not go to Rome. For the jury selecting the boarders of the Villa Médicis in Rome, its director thought of 4 women: the visual artist Anne-Marie Clairet, the choreographer Marie-Agnès Gillot, the composer Lucia Ronchetti and, therefore, Julie Gayet. While the latter’s affair with the French President was brought to light, her name appearing in an email sent by the Villa Médicis, surprised the press. “The Minister for Culture was absolutely not informed about Julie Gayet’s nomination, explains Laurence Engel, Aurélie Filippetti’s Principal Private Secretary. It is a suggestion made by the Villa Médicis’ director”. The latter has probably spread the information before Michel Orier, managing director of the artistic creation, signed the nomination statement. Was Éric de Chassey aware of the comedienne and François Hollande’s relationship ? During a press conference yesterday afternoon, he assured that he didn’t know about it and that it didn’t concern him. That storm in a teacup should quieten down today with the official nomination of Emmanuelle Bernheim, the novelist and scriptwriter replacing Julie Gayet, who won’t therefore go to Rome for the selection board’s meetings. 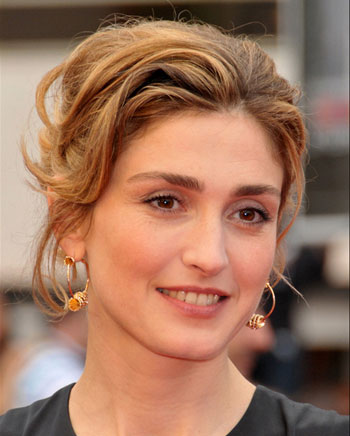 A few months before its demolition, the 5 Pointz in New York, the Mecca of street art, was repainted by its owner. This action angered the artists who made this place famous and who are still fighting to save it. “5 Pointz is no longer, it was repainted white last night by its owner and under the protection of the police.” It is with that few words that the defense committee of 5 Pointz, a factory converted in an open place of exhibition, announced, Tuesday, November 19, on its Twitter account, that the hundreds of street art works visible on the walls had disappeared under a coat of paint. Very soon, dozens of artists gathered near this building located in the Queen’s area in New York, to express their deep disappointment. “This is the biggest insult to the history of graffiti. He painted on the work of at least 1,500 artists”, burst into tears, to the New York Times, Marie Flageul, one of the public speakers of 5 Pointz. “My heart is torn apart. This is not just about graffiti. People came from all over the world to gather here. That’s what hurts more”, also laments an artist who comes in the name of Just. An open-air museum left to the developers and nicknamed the “United States of graffiti”, 5 Pointz has become in the space of about twenty years the inescapable meeting-place of street art lovers. The owner, Jerry Wolkoff, who had purchased this old water meter factory in the beginning of the 90’s, rented this space to artists from diverse backgrounds. He even allowed them to express their talent on the walls, in the context of a program called “Graffiti Terminators”, invented to dissuade wild graffiti. But the owner was caught up by the lure of money : a few months ago, he decided to transform the place into a real estate complex appraised at 400 million dollars and including 1,000 luxury apartments. His project, approved last October by the local authorities, caused a wave of indignation. The resident artists tried to save this building revered by graffiti artists from around the world but they were nonsuit on November 12 by a New Yorker judge who gave the green light for demolition. While the first punches of bulldozer are expected in January 2014, the owner decided that it was “less painful” to repaint the building as the deadline approaches. “I imagined the torture for everybody to proceed room by room. So I said to myself ‘let’s do it in one go and put an end to this torture once and for all’, explained Jerry Wolkoff the day after his white paint operation, on the channel NBC New York. For his defense, the promoter also explained that the artists’ work was by the way, by nature, “ephemeral”. In order to try to calm them down, he also assured that he would “let them come back into the new building” and that some walls would be dedicated to their free expression. 5 Pointz refuses to disappear without one last fight, but the graffiti artists of 5 Pointz, who are still holding a lease agreement until next January, perhaps don’t have had their last say. As they announced on their Facebook account last Saturday after another protest march: “It won’t be over until we have not decided to.”
Twist of fate: these artists can count on the support of the magistrate who dismissed them: great admirer of 5 Pointz, Judge Frederic Block expressed his frustration while explaining that he was just enforcing the law. Nevertheless, he advised the defenders of the place to file a fresh application for recognition to the Commission for the protection of historical sites (Landmark Preservation Commission). Their first file was rejected because that committee only recognizes the creations that are over 30 years. But they hope to get the support of the new mayor Bill de Blasio. The head of 5 Pointz, Jonathan Cohen, better known under the name of “Meres One”, also announced that he would chain himself to the building when the bulldozers will arrive. The construction of Jerry Wolkoff’s complex may well and truly be delayed.
Art is a never-ending starting over: during the last hours, new graffiti have already appeared on the white paint. 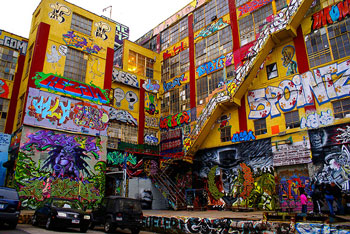